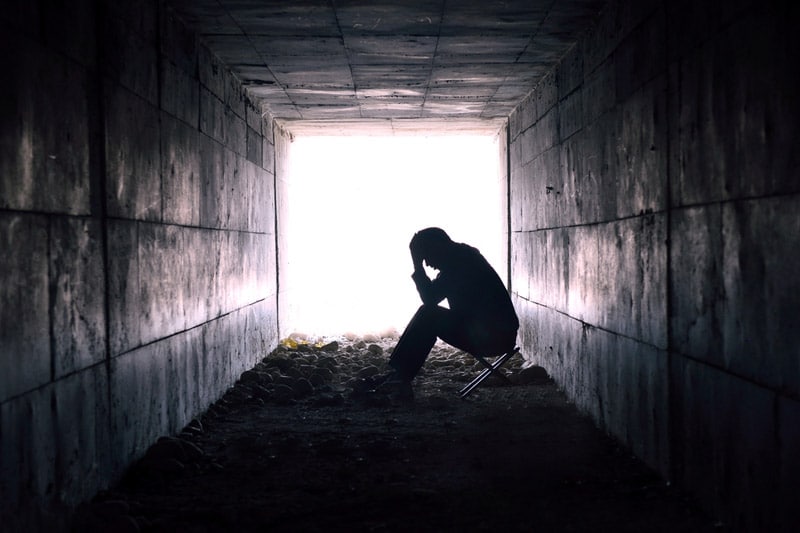 More than two years ago I wrote a blog post about mental illness here. I was not at my best during that period, to say the least, and I felt like, writing about the simple thing that I found could help people. I started having anxiety crisis and panic attacks for the first time in my life and I didn’t really understood why.

I wrote in that article that it was important to do something before it was too late. I didn’t and I fell in that big black hole that so many men end up in.

So, this blog post will diverge to what I usually write about because it’s not really related to the gaming industry but can be, to some extent.

Sadly though, it’s not really popular. I mean, I was not aware that it was a thing before today. There was no special Google logo. The twitter hashtag was not on the trends page either. There is a lot of work to be done for sure. It’s still so hard for men to talk about their emotion. Most of the time, we are being told to “man up”, that men don’t cry, that men are strong, that “real men this” and “real men that”. Men need to be able to fix a car,  carry everything that weight more than five kilos, go get the car when it’s raining, open doors, provide, etc, etc.

I felt like talking about my story. I haven’t really talked about it publicly and International Men Day is there to help men talk about their problem. Brace yourself, serious wall of text incoming.

Like I said above, two years ago, I started having anxiety crisis. I was not aware it was that really. I had dizziness and vertigo randomly at work and only at work. I wondered if it was my nutrition or anything with my body. I was doing a lot of sports. Playing Spikeball twice a week and bouldering two or three time a week so I knew it was not really because of lack of physical activities.

Never I thought it would be related to stress or that I was having mental illness.

Men are stronger than that.

One night. I woke up with a pretty big pain if my left arm. It was hurting a lot for no apparent reason. I stood up to go get some ice in my freezer. I remember walking to the kitchen and then after that I remember that when I opened my eyes I was laying on the floor. I didn’t what happened. I took the ice and when back to my bed. Then, I started to wonder if I had a stroke.

I explained my problem at the front desk. It took 2 minutes and I was laying down in a bed plugged in at like 10 different spots. They ran a ton of tests and everything. I stayed at the hospital for almost 9 hours.

The result? NOTHING. Everything was perfectly fine. Literally no, problem, at, all.

Went back to work the day after and kept on with my life. Still, I had vertigo and dizziness from time to time. One day, I was at my desk and at some point, I looked at the ceiling and it started moving really badly. So I left work and when home to lay down. I knew something bad was going on but I didn’t really knew what so I booked an appointment with my private doctor to see what was going on.

Blood pressure, ear checks and whatnot, all the things. Everything was all good again!

She told me it was strongly related to stress. I didn’t wanted to believe it. How could me, a strong minded man, be stressed to the point of falling unconscious?

I also found out that I was having a lot of memory loss. Forgetting really important thing at work. I was having a pretty hard time with my deadlines and the quality of my work. My obvious reaction was to work harder, taking the burden on myself and keep in going, over and over.

Then one day I was at work, it was one week before shipping the game. I was talking with a coworker on Slack and I realized that I fucked up something I had to do like, 2 months earlier. Something I totally forgot. The feeling I got at that specific moment was just unbearable. The amount of stress my brain decided to inject through my whole body was so big I never felt that way before. I sat there, looking at my screen for probably 25 minutes, doing nothing. Then, I stood up, when to a meeting room and called my doctor because I knew something was wrong. We booked an appointment 1 hour later then I went to my boss and said to him I didn’t felt well and was going to see my doc.

I didn’t knew what to tell her (my doctor) but after like, five minutes, she said, “Ok, you’re off work for at least three weeks.”

I then got probably 100 different mixed emotions at the same time and the only thing I said was, “I just want to cry right now.” I really wanted to cry, for real, but still, completely broken, I didn’t.

She gave me some sort of little form to fill with bullet point. Rating different situations from 0 to 3 I think or something like that. My score was 22. She then told me that above something like 13 you’re in depression/burnout and above 20 it’s really severe. The only thing that was not a 3 was a question about suicidal thoughts, luckily for me.

She then game me anti-depressant and we booked bi-weekly appointment to check up how I was doing.

I went back to work after and game a paper to my boss telling him that I would be off work for illness for an unknown amount of time.

I never came back.

My doc strongly suggested me to consult a psychologist. It took me a month to call one and see what I could do.

I didn’t wanted too. I felt ashamed. I’m was a strong minded man. I could fix my problem myself without the help of anyone. I never asked for help in my life to anyone. That how I am. I hate asking for help. I always see it as a failure. Well, I felt like this.

Seeing a professional really helped me. It’s still so taboo to consult but it was so god damn useful. I learned so much about myself and how brain works and reacts to a lot of different things emotion-wise.

This was my story.

It’s been over a year now and I am kind of back to be a proper unbroken person but when you went into depression once, it leaves a mark forever. That’s how it is. I restarted having self confidence at work not so long ago. I speak more about my emotions and I even ask for helps sometimes. I still have a long way to go on that matter but baby steps are better than nothing at all.

I wrote it in my last post, cited above and I will say it again for those of you who went all the way down here reading.

Seriously. You’re not alone. There are a ton of people who wants to help and that were in your exact position before.

On that note, there is now a brand new group about gamer men helping other gamer men here called Men’s Mental Health Gamer (MMHG). It’s new and small but I hope it’ll grow to a big helping community.

Seek help if you need it brothers. Really. It’s important.

I’m also here to help. Poke me at anytime.

So then, what is your story?

Follow A blog about random everyday life on WordPress.com

Hi, I’m Jean-François but everyone call me Jeff.
I’m a professionnal Level Designer. I’ve been in the industry for more than 13 years. Worked at Ubisoft during 10 and 2 at Larian Studios. I’m now working for DICE.
I’ve worked on games like Prince of Persia, Might & Magic Duel of Champions, The Division, Assassin’s Creed, Divinity Original Sin 2 and Battlefield.
I’m a lover of all things so I write about a lot of different stuff that I enjoy.
Stay a while and listen ~